As site facilitator at Perry Hill School one area we focused on as a team was preparing for Student Led Conferences (SLC). Several of our team members were able to attend the training given by Center of Secondary School Redesign. This process was a great way for team members to have input into how the SLC’s would work for our teachers and our school. I liked the idea of this starting from the beginning stages and our team members collaborating in this process. While this seemed like an overwhelming task, we decided to start small. The classroom teachers were on board and loved the purpose of SLC’s. We wanted to focus on a few EL students and how this new idea would benefit them and their families. The idea of getting parents into the school that do not normally attend conferences was a motivating factor. An ExcEL team goal we set out with at the beginning of the year was increasing parent involvement of EL families. Piloting the student led conferences was just one way to bridge that gap.

After choosing a few students that would participate in the SLC’s we sat down and started thinking of how to make the students feel prepared and at ease. The team members involved chose 4 students to do the first set of SLC’s at Perry Hill. I focused on the EL students that were partaking in this process. Teachers had students chose from a portfolio of work on each subject area. Once this was done, I sat with each student to guide them in filling in out a “Student Script”. I found that the script was a big component in helping the students be prepared for their conference. As a team, we collaborated and discussed how the prep work was going and making sure the children felt confident. Along, with a script we created a student self-reflection sheet which each child completed the day after their SLC. The parents were sent home a letter explaining the process and the role of each participant in the SLC (teacher, student, parent). At the end of each SLC the parent completed a quick 4 question survey. The feedback we received was very informative and reassuring. The parents really enjoyed hearing about the work of their child and the hard work that went into certain projects they chose to share. One child was nervous because he had to translate for his mother. He later explained that she doesn’t usually come in for conferences because she does not speak or understand English. That mother was moved to tears while listening to her son speak and share about his work and grades. We set out as a team to create a sense of community and I feel we accomplished it. 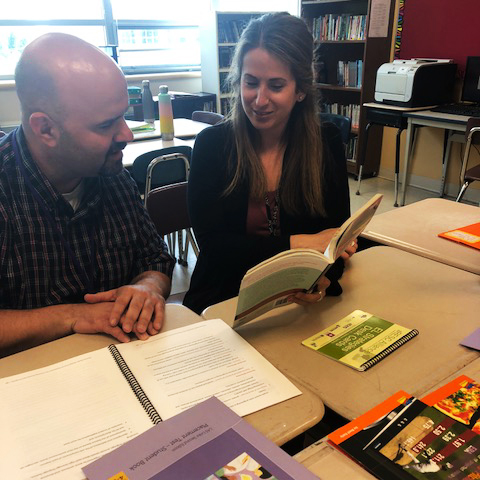 The parents really enjoyed hearing about the work of their child and the hard work that went into certain projects they chose to share.