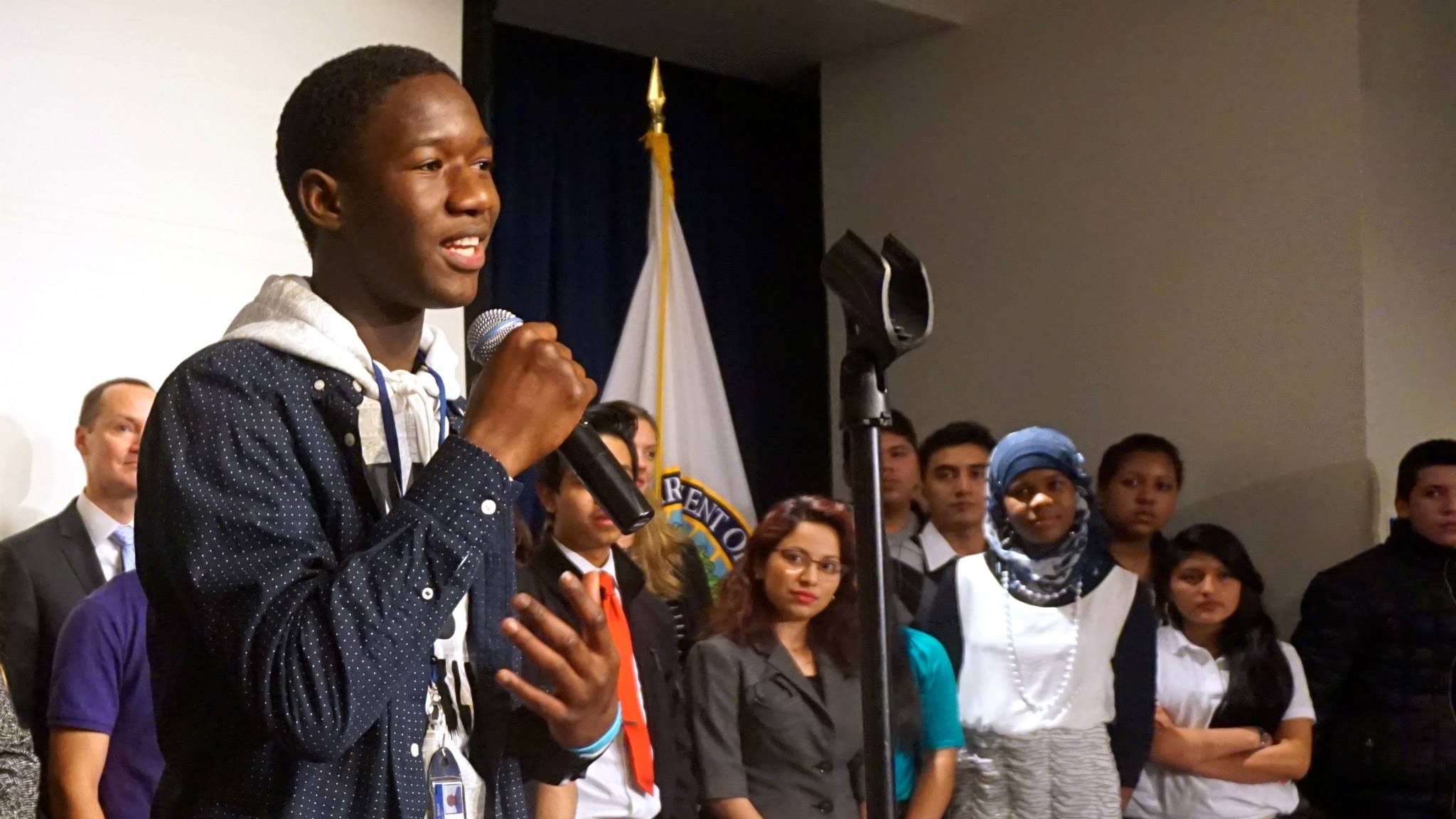 On December 15, Project ExcEL was invited to participate in a screening of the film I Learn America at the US Department of Education in Washington, DC.   Center X’s Jason Cervone and Ossining’s Director of ESL and Bilingual Services, Mirla Puello, were proud to accompany two high school students to this event!

The documentary follows five immigrant students in Brooklyn, NY as they adjust and adapt to a new language, a new school, and a new country. The film was followed by a discussion led by the filmmaker, Jean-Michel Dissard.  Dissard assembled a panel of students and educators from around the country to discuss some of the biggest challenges facing immigrant students, as well as the need to understand and support all students.

Of their trip to the capital, the students had this to say:

It was a pleasure seeing the film and the monuments. I liked seeing where President Obama lives. I liked hearing the stories of other students.

I was very happy because when I saw the movie, I realized there are many people like us. And that with hard work and sacrifice we can succeed in our studies. It was one of the best experiences of my life, watching the movie and meeting other students. I liked seeing the White House and all the monuments.

Project ExcEL, in partnership with the Jacob Burns Film Center will be holding their own screening of this powerful documentary, to be used as a catalyst for allowing Tarrytown and Ossining students to share their own stories and raise awareness of the issues immigrant and English-learning students face as they struggle to adjust and create their own identities. The screening and workshops will take place in the spring.

Photos of the event